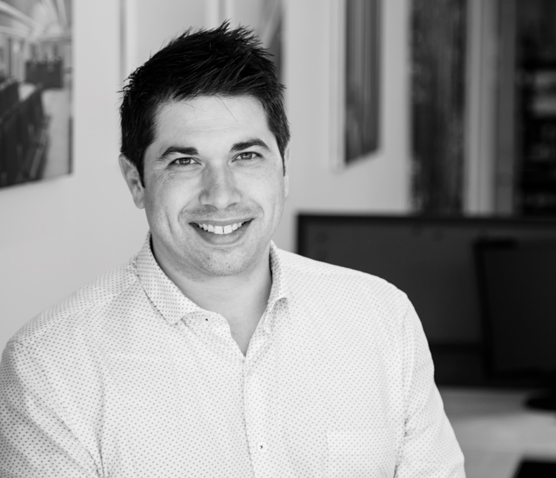 Jérôme Cormier has over twenty years of experience having practiced his profession in Quebec, Nova Scotia and New Zealand, having graduated from Dalhousie University in Halifax with a master’s degree in architecture (M. Arch., 2005), a bachelor’s degree in environmental design (BEDS, 2003) and a DEC in architectural technology at CÉGEP de Rimouski (1997).

His experience has led him to participate in major projects such as the expansion of Halifax Stanfield International Airport and a new student center at the University of Prince Edward Island. Subsequently, Jérôme Cormier moved to Montreal in 2005 and participated in the development of several projects in the public sector, specializing in the design of sports and aquatic centers. Setting up his own firm in 2010, he quickly acquired a reputation for excellence thanks to his professionalism and meticulousness both in terms of design and project execution. He joined forces with Martin Lefebvre in 2015 to form CLA .

In addition to his technical knowledge, M. Cormier has expertise in graphics and the production of computer generated images, which adds depth to his creative process while allowing him to better communicate the project’s architectural concept to the client. M. Cormier gears his practice towards the construction of sustainable buildings when possible, as environmental issues are of great importance to him.